Biblical Entrepreneurship Launches in Congo, the heart of Africa!

Biblical Entrepreneurship Launches in Congo, the heart of Africa! 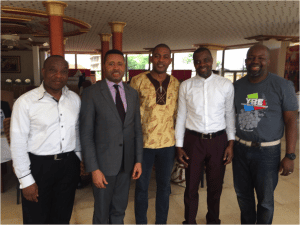 We just returned from Congo, Kinshasa for the launch of Biblical Entrepreneurship with Pastor Gabriel Oleko, the Nehemiah Partner in France, and Pastor Noela Saleh Lumande. Lumande, who leads one of the fastest growing churches in Paris, is also a Biblical Entrepreneurship Certified Teacher. Pastor Gabriel and Pastor Noela created a for-profit company called Basilea (which means Kingdom in Greek) in partnership with two prominent entrepreneurs in Congo–an attorney named Justin Lubo and an economist named Honore Nkonka. Their vision is to use Biblical Entrepreneurship as a tool to contribute to the economic development of Congo while laying a foundation to impact Africa for the advancement of the kingdom of God.

Impact of Our Trip to Congo

Some of the industries impacted during the Biblical Entrepreneurship Training were transportation, agriculture, education, finance, hospitality, health and wellness, social service, etc. We will be returning to Congo to conduct other classes and eventually conduct a business plan competition to identify a winner that will compete to represent Africa at the International Business Plan Competition.

Launching of a New Christian School in Congo

Also during the trip, due to an investment by Elevation Financial Group Social Fund, Jean Paul Ndagijimana (a Nehemiah Partner and business coach from Kenya) conducted a due diligence trip to assess the viability of a private Christian school founded by Pastor Gabriel Oleko. His due diligence determined that the school is not only viable, but will be profitable within the first year. The school, managed by Pastor Gabriel’s father and a loco team in Congo, will officially open in September of 2016 and plans to serve over 600 children in the first year.  Their vision is to set a new standard for education in Congo.  The school is pastor Gabriel’s attempt to model what he teachers in Biblical Entrepreneurship.

The Democratic Republic of Congo 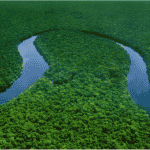 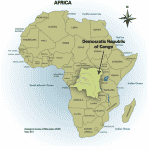 Congo, The Heart of Africa

The Democratic Republic of Congo (known as DRC or Congo Kinshasa) is located in Central Africa and situated in the heart of Africa.   The country has an estimated population of 81 million people and estimated annual GDP of $61 billion. Congo has the largest landmass of any other country in Africa and it is the second most populated country in Africa. It is potentially one of the richest countries in natural resources on earth–with gold, diamond, copper, oil, rich soil and the world’s second largest river, the Mighty Congo River. However, a history of slavery, colonialism, corruption and unsustainable development has turned it into one of the poorest.

In partnership with Nehemiah Project, Basilia envisions bringing sustainable development in the country by creating a culture of entrepreneurship rooted in Judeo-Christian ethics and values. Basilia endeavors to encourage other Biblical Entrepreneurs and investors of good will from Europe, United States, other African Countries, Asia and Latin America to invest in Congo while creating partnerships with progressive entrepreneurs in Congo to bring economic transformation in the country and advance the Kingdom of God. We plan to return to Congo in the next few months to continue the Biblical Entrepreneurship training, introduce Kingdom Business Coaching for larger companies and assess other opportunities that may exist.

Congo will also host Nehemiah Week Africa 2017 and hopes to serve as the base of the Nehemiah Project for our Africa expansion. They also plan on bringing a strong delegation this year to the International Nehemiah Week In Orlando on September 26th to October 2nd.

For more information on our plans for Congo and Africa, to participate in any of our sustainable mission trips or to support our efforts to change the way we fight poverty globally using entrepreneurship, contact Debra Schlaht at Debra@nehemiahproject.org or visit our website www.nehemiahproject.org.

To make a contribution https://r1-seattle.webserversystems.com/~nehemiah/giftofbusiness/