The Nehemiah Project Board of Directors held their annual Board Retreat in Mexico City, Mexico, hosted by Board Member and Partner, Rene Villar. This was the first time the Board met outside of the United States. The meeting was held at the headquarters of one of Rene’s companies. Rene Villar is the first international Board Member, and it was only fitting to travel to his offices for this historic meeting. Special guests included Pastor Humberto Martuscelli and Claudia Trinidad of El Almendro Church. Humberto was the first Director of BE in Mexico and now pastors a local church called El Almendro Church. He will be hosting a marketplace conference for pastors in February, and he has invited Patrice to be the featured guest speaker. Mexico was filled with warm greetings and a tremendous desire to build businesses through Biblical Entrepreneurship. We were greeted with heartfelt “thank you for coming to Mexico.” Our generous hosts, Rene and Lorena Villar, Executive Director Penelope Bravo, and staff including Melissa Bravo, German Villar, and Ricardo were outstanding in quality and attendance at meetings.

One of the highlights of our travel was going on a Kingdom Business Tour of local businesses who have been through the Biblical Entrepreneurship Program. These owners are an inspiration and motivation. They are the reason we are passionate about bringing the Nehemiah Entrepreneurship program around the world. Our curriculum is a catalyst for building kingdom businesses that support new businesses, provide jobs, and improve the quality of life. Continue reading about the Mexico Kingdom Business Tour and learn about some amazing kingdom businesses and people that are changing Mexico by clicking here. We are excited about the potential for continued impact in Mexico. People are interested in becoming more than they are today, doing more to create profitable/sustainable businesses and achieve more for a prosperous Mexico.

A Valentine’s Gift for Your Special Someone 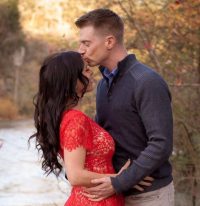 Valentine’s Day, 1993, Scott Landis gave his high school sweetheart one red rose with two white roses. He told that girl, “I will add another red rose for every Valentine’s Day we celebrate.” That’s how the story of Scott and Tawnya Landis started. They went on dating for seven years, got married, and this month they are coming up on their 26th red rose!

Today, Tawnya and Scott have been involved in helping marriages thrive for a decade. Along the way, they have learned many best practices for communication, conflict resolution, and maintaining a healthy connection. Because of this, they built a strong foundation for a really great marriage. However, after twenty years of doing life together, they realized they were missing something. A lot can shift over that amount of time. They’d brought three babies into their family, built and lost businesses, bought and sold homes, experienced financial gain and loss, traveled to other parts of the world, and learned everything they could about being a Biblical Entrepreneur.

What were they missing? They couldn’t put their finger on what it was. Scott described it as, “I just knew we weren’t fulfilled in the relationship. It felt weird because we knew we loved each other deeply, but there was a lack of passion.” Scott and Tawnya realized they had a functional marriage. “We made very good ‘business partners’,” said Tawnya, “with the ability to plan and do family-life together.” However being the high performers they are, they weren’t satisfied with “good enough.”

Tawnya and Scott made a conscious decision to do whatever it took to understand what they were “missing.” Scott declared, “There is nothing on this planet more valuable than our relationship, and we’ll go the extra mile to bring fulfillment back to each other.” Sometimes with great anguish, they sought guidance from the Lord. In their endeavor, they invested a lot of money, time, and resources, including counseling from their teacher and mentor, Patrice Tsague. Ultimately, “We knew there was nothing more important we could do for our kids than to shore up our marriage,” says Tawnya, and they would go broke if that’s what it took. This was a two year, agonizing journey for them.

By the grace of God, they finally found the keys that unlocked their mental, emotional, and spiritual blocks while on a destination retreat. They re-discovered passion, connection, and absolute fulfillment in marriage. What they weren’t expecting, however, was God giving them a bigger vision than just their relationship. As you may well have noticed, the next generation believes marriage is no longer the best “lifestyle choice.” The vision is to restore the appeal of marriage in our culture within two generations. In order to fulfill this vision, our generation has to stop settling for “just okay” marriages. We have to stop accepting a 50% divorce rate. We must stop being complacent. We can no longer take for granted, the one person on this planet who promises to spend their whole life with us.

Tawnya and Scott have learned the secrets to the most intimate, connected, and fulfilling marriage possible. They want to help as many couples as they can create what they call, a Dream Marriage. This requires an experiential learning process, where you get out of your comfort zone, challenge your assumptions, and remodel your relationship from the ground up. They encourage you to join them for a 7-night Caribbean Cruise where they will walk twenty couples through this transformative process next January. 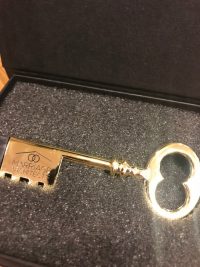 Currently, there are 10 Valentine’s Day gift sets available where you can present your spouse with a beautiful gift box with a USB “Key to the Dream Marriage Cruise” inside. Insert the USB key, open the file, and a video explains all the details of the cruise and the gift you’ve given your spouse and your marriage. The best part is, during February, the price of the cruise is reduced, AND they include over $2000 worth of extras you can take advantage of right now. Please contact Scott Landis at info@marriagearchitects.com for details or check out this deal by clicking below.